The Archaeological Museum (Croatian: Arheološki muzej u Zagrebu) in Zagreb, Croatia is an archaeological museum with over 450,000 varied artifacts and monuments, gathered from various sources but mostly from Croatia and in particular from the surroundings of Zagreb.[1]

Its predecessor institution was the “National Museum”, open to the public since 1846. It was renamed to “State Institute of Croatia, Slavonia, and Dalmatia” in 1866. In 1878, the Archaeological Department became an independent institution within the State Institute, and the umbrella institute was dissolved in 1939, leaving the Archaeological Museum as a standalone institution. The archaeological collection of the State Institute had been kept in the Academy mansion at Zrinski Square from the 1880s and remained there until 1945, when the museum moved to its current location at the 19th-century Vranyczany-Hafner mansion, 19 Zrinski Square. 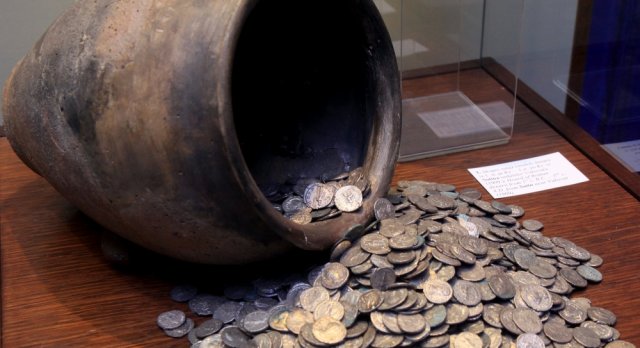 The section “Prehistory” contains 78,000 objects, ranging from the Paleolithic to the Late Iron Age. The section “Egypt” displays about 600 objects in the permanent exhibition. The section “Antiquity” contains an important collection of Greek vases (about 1,500 vessels) and stones with inscriptions. The Roman Antiquity is represented by many statues, military equipment, metal objects, Roman religion and art and objects from everyday life, acquired through systematic archaeological excavations in various Croatian regions in many Croatian cities founded during the Roman Empire. The numismatic section is among the largest collections of this type in Europe.

Some of the famous artifacts include:

Here is the link to Museum official page